Microsoft Launcher (formerly Arrow Launcher) is the personal launcher for Android that offers a radical simplification of the Android experience.

—
I worked in an small startup team environment to create a launcher with focus on unique features. For our team that was the ability for a launcher to "learn" your habits and preferences, without significant customization and personalization. By taking this approach we were able to take what could have been a negative (lack of customization) and turn it into a differentiator (no setup required).

Goals
To create a contextual Android launcher with less customization.
From the start, it was critical to differentiate since the launcher space was very crowded. Our team also wanted to leverage the contextual capabilities we had built for Next lock screen and explore the contextual AI space much more deeply with Arrow.
The biggest breakthrough came in the early design when it was decided to forgo any form of customization. This approach was unheard of in the Android space and created a lot of pushback both with users and within the team. But the team had a strong point of view that the launcher couldn’t compete on customization since their competitors had years head start in this area.
To start, we’ve focused on three key goals:
1. Helping you keep in touch with the people who matter to you
2. Giving you easy access to the apps you use most
3. Making it simple to get back to whatever you were doing
Process
Our freedom from most dependencies and short 2 wks’ build iteration cycles allowed us to pivot and validate frequently. Of course some things took more time to validate and it’s always been hard for me to decide the cutoff point if something is panning out. Our ability to leverage data and engage directly with users (UserVoice, Google Community, Email) help us make decisions, but it’s important to maintain balance and conviction with our product’s point of view.
Design explorations 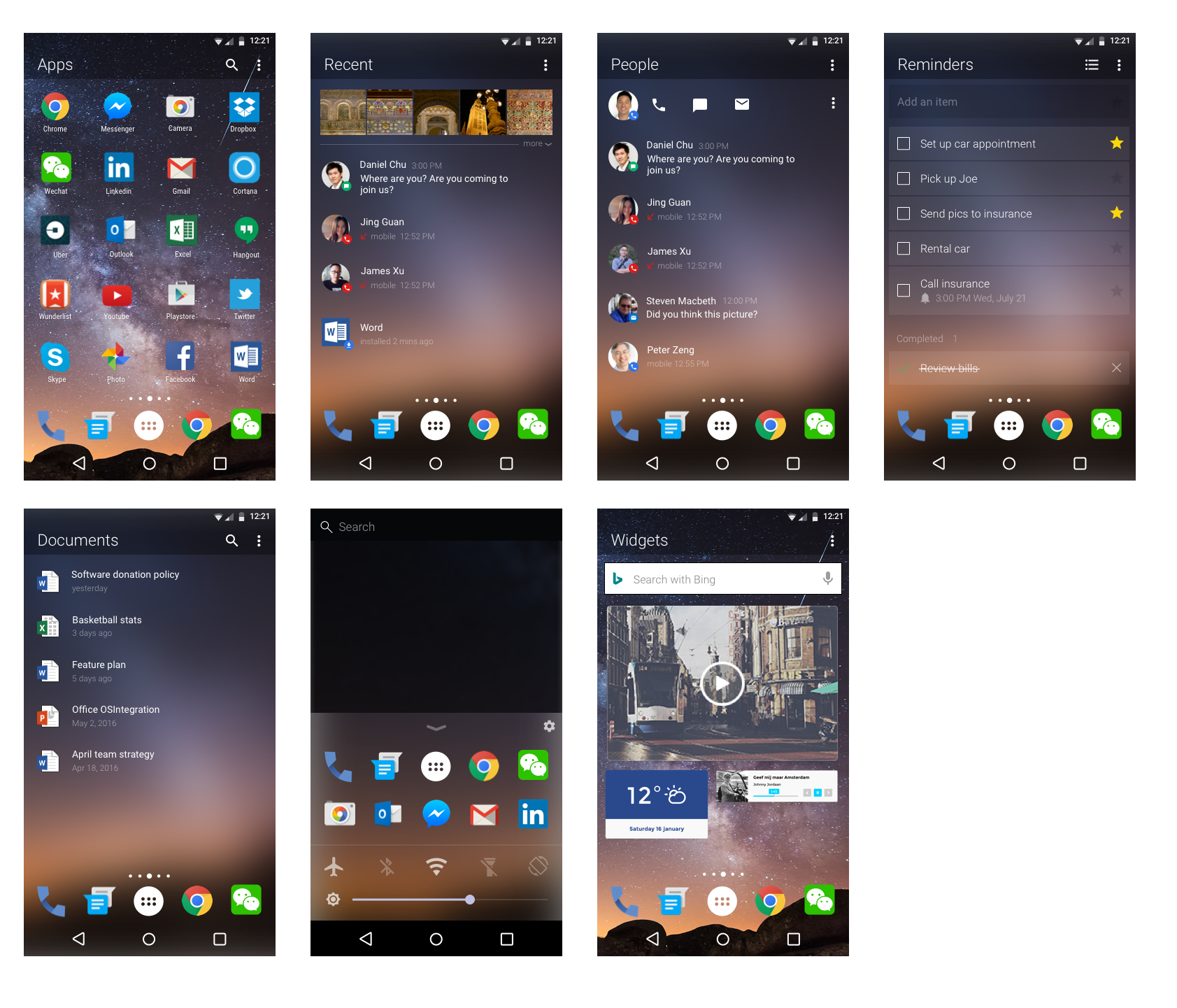 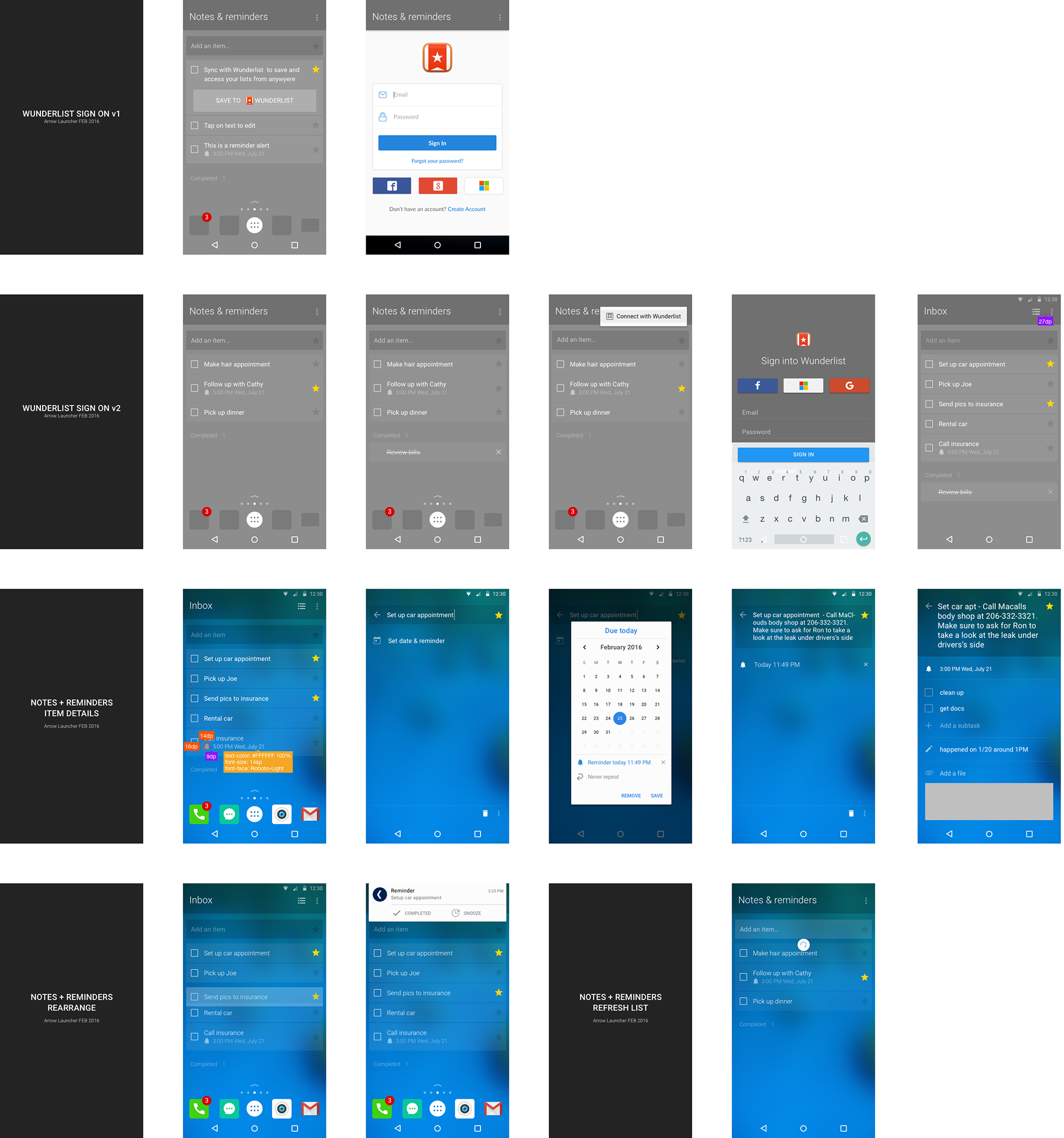 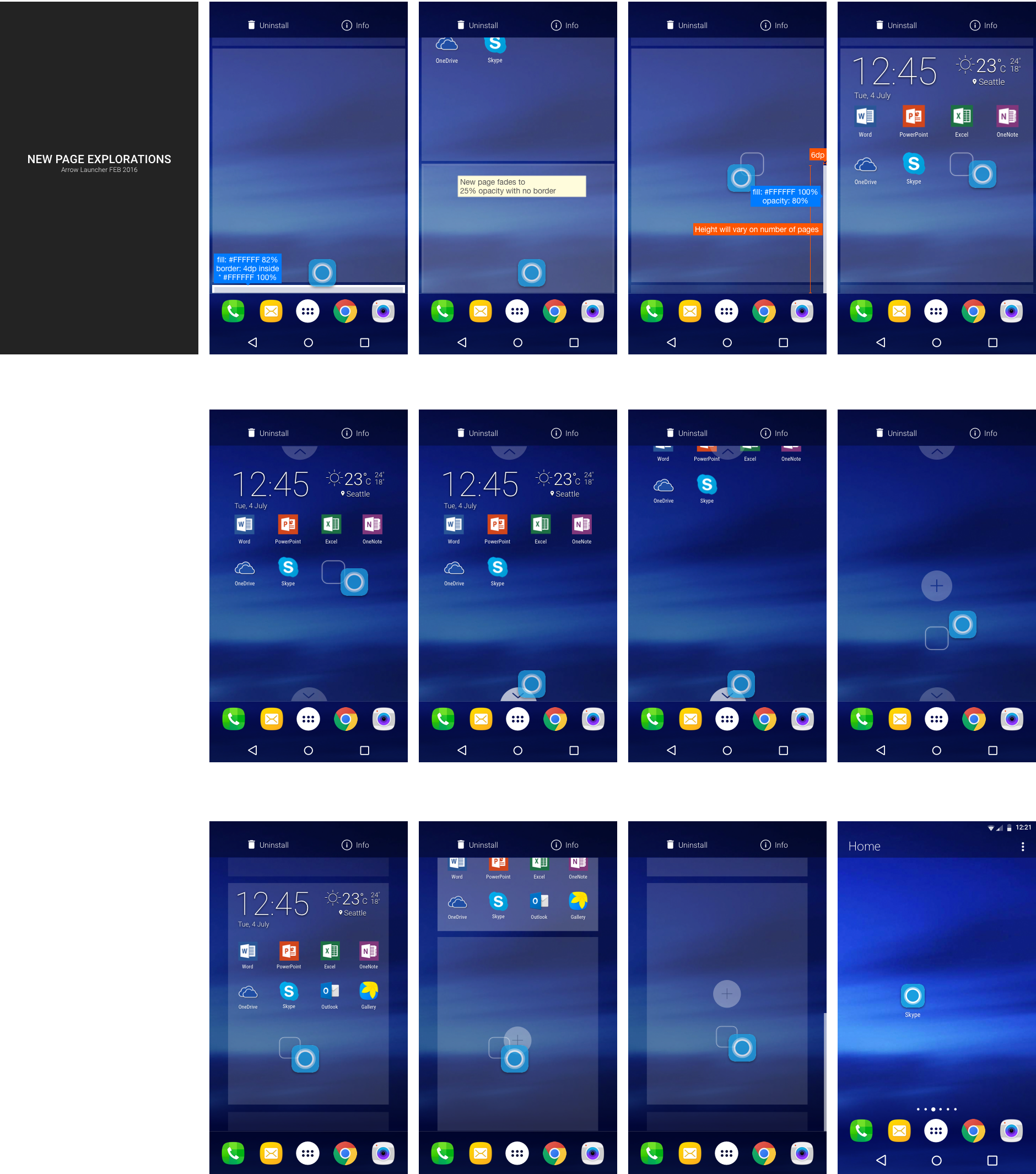 Outcomes
Shortly after launch, Arrow became the number #1 launcher in the Google Play Store. Our small team decided to spend 100% of our time focused on Arrow & Next. My role in the team expanded into so many dimensions during this process. I'm fortunate to have met some of the best mentors in my career and learned so much about building a product with my team.
Key insights:

• It is always better to innovate with as few dependencies as possible.
• The best way to build a great product is to connect with customers early and often.
• In the early days of a new product only focus on unique features.
• Innovation requires a team that is 100% focused on a single product.
• Innovation requires design and engineering agility.
↑Back to Top